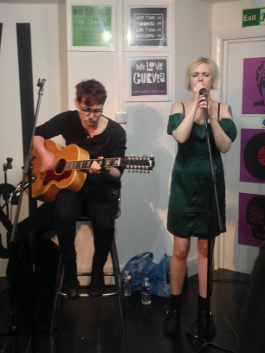 In-Store performances can be difficult for bands as often when their music is denuded of volume, the songs become different and ultimately lesser.

Accompanied by guitar, vocalist Jo was given a new dynamic to showcase a voice often described as a female Morrissey.

The six-song set went far too quickly but whetted the appetite for a small but appreciative audience for their new album, In Search Of The Miraculous.